The solution to my dilemma was staring me in the face: if I didn’t find the new

developments in medicine of sufficient interest to blog about, and if I didn’t think my readers

interest either, I should write about great books. I would re-read the books that influenced

my thinking twenty or more years ago. After all, just because the ideas in those books have

become integrated into my world view, just because I take them for granted, doesn’t mean

they are trite or passé. Nor should I assume that most people, particularly the younger

generations, are familiar with those seminal ideas.

of geriatrics, whether books or essays. Several years ago, I was giving a talk to a group of

well-educated, exceptionally smart and ambitious young doctors and I mentioned the

and the kind of care they actually get. I traced the history of the recognition that such a gap

existed and reviewed the early strategies for overcoming it, so of course I referred to the

SUPPORT study. The faces of the well-educated, exceptionally smart and ambitious young

doctors looked blank. Hesitant to go over well-trod ground, but not wanting to make any

unwarranted assumptions about what my audience knew and what they didn’t, I asked how

many of them were familiar with SUPPORT. Not a single hand was raised.

The SUPPORT (The Study to Understand Prognoses andPreferences for Outcomes

and Risks of Treatments). The study was a large, randomized trial conducted at 5 U.S.

hospitals and involving over 5000 very sick patients, people who had one of a handful of

conditions and a high likelihood of dying within the next year. Phase I of the study

established that a majority of these patients, provided they were informed of their prognosis

received treatment that accorded with their wishes. Phase II of the study showed that when

transmitted those preferences to the attending physician, the lack of concordance persisted.

study was a resounding failure. But as a descriptive study showing, for example, the

proportion of seriously ill people who died in pain or despite invasive technology, it was a

landmark work. And the failure of the particularly remedy was also illuminating.

of advance care planning, It defined many of the norms by which “good” end of life care

would be measured. It launched the careers of numerous researchers who struggled to

understand why SUPPORT flopped, on the one hand, and how to achieve its aims in the

future, on the other. The truth is, we are still today trying to figure out how best to explain to

patients the way their diseases are likely to unfold, what their options are, and to help them

translate their personal values into a viable treatment plan.

Ignorance about SUPPORT is no anomaly. Last month, Daniel Callahan died, one of

the giants of American biomedical ethics. I am old enough to remember reading his

controversial book, Setting Limits, when it first came out in 1987. At last, I recall thinking, a

philosopher who is not floating in some abstract universe of ethical principles, but who is

grounded in clinical reality. I also remember browsing in my local bookstore, which

somewhat bizarrely shelved its books according to publisher, regularly seeking out the

Simon and Schuster section, eagerly awaiting Dan Callahan’s next book. I read them all and

eventually I got to know Dan Callahan himself, as kind, generous, and modest as he was

insightful and path-breaking. So, I was shocked and dismayed to realize that young

physicians today, even those with a background and interest in ethics, typically know that

So we come to the new plan: I will write about the classics. Not the Iliadand the

Odyssey. Not IL Nascher’s book, Geriatrics: The Diseases of Old Age and Their Treatment,

which laid the groundwork for a new field but which is now hopelessly out of date. Instead, I

read. I will get to Setting Limits soon. But the first book I’d like to blog about was not written

by a geriatrician or a philosopher nor a historian, but by a novelist. It’s Patrimony by Philip

Roth and it’s one of the finest depictions I have ever encountered of frailty, on the one hand,

and of the perils of medical decision-making on the other. It is one of Roth’s only forays into

non-fiction and in it he tells the story of the final year in the life of his father, Herman Roth.

narrative and Philip Roth, the son, died a year ago at age 85.

WhatPatrimony is really about is the relationship between a father and a son, which

may not seem like a geriatric issue. But from my perspective, relationships are the

quintessential geriatric issue. One of old age’s principal challenges is to find meaning in life,

often in the face of loss, illness, and disability. One of the principal sources of meaning is

relationships, and what relationship is more profound than that between a parent and child.

What makes Patrimony  so special is that Philip Roth, who sounds as though he had for

years found his father endlessly annoying: he was not an intellectual, he had a habit of

constantly correcting and cajoling those he cared about, and he simply wasn’t interested in

the same things as Roth Junior. But over the year that Philip shepherded his father from his

brain tumor diagnosis to his eventual death, he came to accept his father’s foibles and to

appreciate his strengths. It is with affection and understanding that he reports his father’s

penultimate question to the neurosurgeon he saw in consultation about the tumor: “What do

you use to go in there? Do you use General Electric or Black and Decker?”

The book shows us how painful loss is—and why we are so reluctant to let go. When

driving from New York City to Elizabeth, New Jersey, where his father lives, a route he has

taken countless times, Philip Roth makes a wrong turn and ends up at the cemetery where

his mother is buried. He visits his mother’s grave and we see that though he is a famous

author, financially successful and, at least during the writing of the memoir, enjoying a

Roth the novelist is known for raw and explicit details, usually in the sexual arena. In

Patrimony, he is raw and explicit in his description of his father’s difficulty chewing and

swallowing and of a bout of incontinence. He shows the devastating loss of dignity that

makes frailty so difficult to endure—and how acceptance of his father, despite his difficulties,

is the way to transcend frailty.

described as requiring an 8- or even 10-hour operation or two multi-hour procedures, either

way, an unequivocally major ordeal. But surgery, from the medical professional’s

perspective, offers the only path to improvement, though the likelihood of achieving

improvements is not great and the chance of surgery making things worse is considerable.

As the story unfolds, the Roth family gradually come to see that the best course of action for

the 86-year-old Herman is supportive.  There’s even a poignant acknowledgment that

advance care planning is often harder for the family than for the patient: Philip Roth

struggles for days to discuss a living will with his father. He says it was harder for him to

broach limiting treatment than it had been to talk about the brain tumor diagnosis. With the

tumor, he could behind terms such as “benign,” ignoring the reality that even non-malignant

was enormous and had already encircled a major blood vessel in the brain. When Roth

finally does raise the subject of advance planning, he finds his father is matter of fact about

the process and quite comfortable with setting limits. Herman had sold life insurance for a l

iving; he had “spent his life time talking to people about the thing they least wanted to think

about.” So, even though Herman Roth can’t resist hoping for “another couple of years” and

then, by the time he goes for a second opinion, for “3 or 4 years,” he’s a realist and knows

that the end is coming. As he says, once he’s dead, he won’t have anything to worry about.

It is his son who will suffer afterwards, who will continue to feel love, affection, respect—and

Patrimony is a geriatric masterpiece. First published 28 years ago, it is not in the

around and always will be.

Posted by Muriel Gillick at 8:37 PM No comments:

There will be no more email messages with requests for data about the median age of legislators in Western European countries. No emails with provocative observations about the association between the rise in the overall suicide rate and the growing legalization of physician assisted suicide. They all began with “Dear Muriel,” never with “Hi Muriel,” never without a salutation. He is gone, I learned in July. Died just before his 88thbirthday. It was the emphysema that got him in the end.

I realized last night that I haven’t written a single blog post since then. For some time, I’ve been finding it difficult to identify new findings in medicine worth writing about, that is, sufficiently interesting to me to write about them. Vitamin D is the panacea for aging; Vitamin D is out—useless, or worse. Calcium prevents osteoporosis; calcium doesn’t prevent osteoporosis. At long last, Congress passes legislation supporting caregivers; the new legislation won’t achieve much of anything. There’s a new, promising test to identify pre-clinical Alzheimer’s disease; there’s no point taking the test unless you want to enter a research study—or if you want to make yourself miserable sooner than necessary. None of this seemed to matter enough for me to write something about it. And now it matters even less because there is a hole in the fabric of the universe.

For years, I’ve been writing about meaning in old age: the importance of figuring out ways to remain engaged with the world despite age-associated limitations, despite encroaching frailty. I’ve consistently seen the role of geriatrics as facilitating a good old age, where 'good' implies a time to cultivate relationships and contributing to the net goodness in the world. Geriatrics is the means to an end, not the end itself. Sure, preventing or reversing frailty would be nice, but what is even more critical is adapting to whatever life has in store for us, and that's the domain where geriatrics, like palliative care, can make contributions. I’ve also written about accepting mortality, which applies both to people who themselves are facing the end of life and to those who care about them. But I don’t think I’ve said anything about how to cope with loss after death.

I suppose that as a physician, I’ve seen my role as ending when life ends. Dealing with what comes next, whether for the person who has died or for everyone else, that’s someone else’s domain. That’s for religion or psychology or social work. But now I’m facing a hole. Yes, I recognize that life is finite. Yes, birth and death, growth and loss are all natural, normal. But we humans, we are meaning-makers. We need to make meaning out of life even where there isn’t any. We do this with rituals, with ceremonies, with reminiscences. We immortalize the mortal through our memories. So, I will do what I usually do when confronted with something that I see as important: I will write. My writing will not patch the hole, but perhaps it will serve as a sort of ornamental curtain.

Rest in peace, my friend. 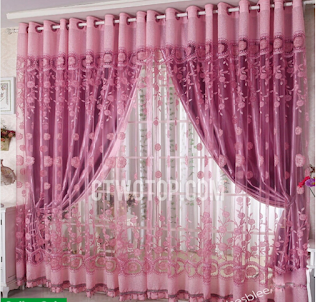 Daniel Callahan, pre-eminent bioethicist and a true mensch, died on July 16, 2019.
Posted by Muriel Gillick at 9:52 AM No comments: