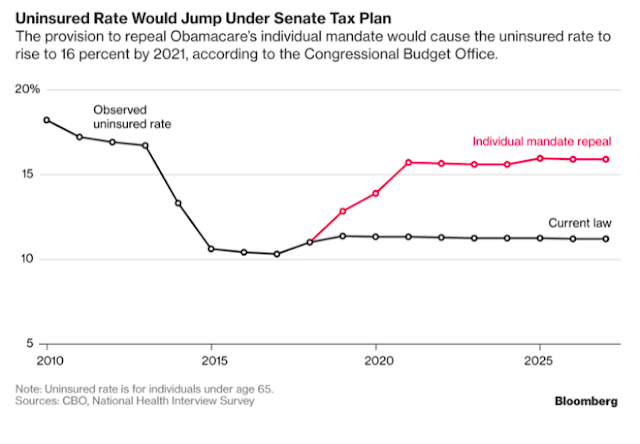 The access to health insurance, and by inference to medical care, that is at stake is primarily an issue for people under age 65. But it affects those over 65 as well—if fifty-year-olds don’t have health insurance and get sick, they won’t be able to serve as the support system for their parents and grandparents. And the 62-year olds who were laid off and are unemployable because of their age will soon, if they can hang in there just a few more years, enroll in Medicare. If they've been uninsured for several years, they will likely enter Medicare in less than vigorous health. The effect will be an influx of sicker people into the Medicare program—placing a further stress on Medicare resources. So don’t let protest fatigue sink in—contact Susan Collins and John McCain and Lisa Murkowski and any other senator who isn’t ready to repeal the ACA, now, before it’s too late.
Posted by Muriel Gillick at 8:03 AM