The Lifeboat is Full

Every so often I use this blog to discuss public policy issues that are of interest to older people--but not only to older people. Immigration is one of those. I have argued before that we  need immigration to address the manpower needs of an aging population: at the very least, we need immigration to recruit home health aides to help care for frail older people. It turns out that immigration is also a geriatric issue because a small but not inconsequential fraction of the immigrants are over 60--which in the countries they come from, is the beginning of old age. 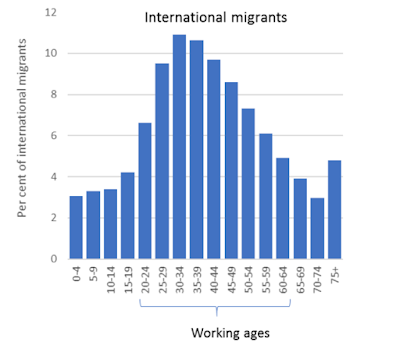 So when the US president recently stated he wanted to seal the border from asylum seekers because “we don’t have room,” he failed to understand that we do need immigrants. The president also demonstrated that he failed to understand the historical basis for current asylum law when he went on to say, “I don’t think anyone has ever expressed it like that… but when it’s full, it’s full.”

Actually, these words are almost identical to the ones of Swiss federal councillor, Eduard von Steiger, in the summer of 1942 after Switzerland sealed its borders to prevent Jewish refugees from reaching safety. “The lifeboat is full,” he announced as the pace of European deportations to concentration camps accelerated, resulting in a fate well-known to Swiss authorities. In response to popular protest, the restrictions were weakened for a time, only to be re-instituted in December, 1942. While individual Swiss citizens continued to defy the rules, at least 20,000 Jews who managed to make their way to Switzerland in the increasingly perilous world of post-August, 1942 were turned away. Their fate was almost certain death.

It was because of this ignominious closing of the border to refugees during World War 2 that the Geneva Convention Relating to the Status of Refugees asserted that no “state shall expel or return a refugee in any manner whatever to the frontiers of territory where his life or freedom would be threatened on account of his race, religion, nationality, membership of a particular social group or political opinion.” The entire Geneva Convention spelling out the rights of refugees is a reaction against the various policies of the Swiss government towards Jews during World War II--rights such as the right to work and to go to school in the host country. The US signed the amended protocol to the Convention in 1967, a protocol that extended these rights to all refugees, in all times and places.

Allowing migrants to make their case for asylum is a fundamental ethical principle. It's important to remember that those would-be immigrants include children, parents--and grandparents. It's also worth remembering that the right to seek asylum is grounded in international law. And by the way,  it's also good for today's older Americans.
Posted by Muriel Gillick at 10:07 AM