Sometimes, less is more. For patients with advanced dementia, most of whom are in their eighties and many of whom have other chronic conditions such as high blood pressure or high cholesterol, it just doesn’t make any sense to take all the drugs that are usually prescribed for them. In a recent article in JAMA Internal Medicine, researchers looked at a large sample of nursing home patients to determine the proportion taking medications “of questionable benefit.” What they found was that over half of nursing home residents with advanced dementia were taking at least one such drug.

We could get distracted by methodological concerns: after all, the classification used by the researchers was based on the consensus of experts, who in turn relied on whatever data were available, which was virtually never high quality, randomized clinical trials. Moreover, these experts assumed that for patients with advanced dementia, a “palliative orientation to care,” is appropriate, though this is not necessarily what the patients’ surrogate prefer. But the point, as the authors of the current paper argue, is that commonly used medications such as lipid lowering drugs and chemotherapy are at the very least “of questionable benefit.” In fact, as suggested by the editorial accompanying the article, the overuse of medications in advanced dementia is just the tip of the iceberg. Medications of questionable benefit are commonplace in frail elders and older people with moderate dementia, not just in those whose dementia is so advanced that death is imminent.

Greg Sachs, Chief of Geriatrics at Indiana University, proposed a framework for thinking about whether a medication is useful in an older person. He suggested beginning with life expectancy. Older people who are in excellent health and can expect to live for another 5 or 10 years are very different from those who are in the last year of life since some medicines work by immediately ameliorating symptoms and other medicines will only provide benefit after they’ve been taken for years. This leads to the next question: what is the lag time before a medication achieves the desired effect? (Pain medicines, for example, are effective within hours or at most days; some antidepressants work within days, others take weeks to kick in; medicines to control cholesterol are generally intended to prevent heart disease years in the future.) Finally, what are the patient’s goals? Is the patient interested in a longer life, no matter what price he has to pay, in which case he might want to take a medication with a small chance of working and a high risk of side effects (such as certain chemotherapy drugs)? Or is he interested in maximizing quality of life, in which case he might want a medication that makes him feel better regardless of the consequences for his length of life (choosing, for example, pain medication over chemotherapy for cancer).

Deciding whether or not a particular medication makes sense for a given older individual is not always easy. But it’s crucial to realize that more is sometimes less. More medications mean more opportunities for dangerous interactions among drugs. The greater the number of medicines, the greater the risk of an adverse drug reaction. Optimal drug regimens are generally determined by studying younger patients who have only one thing wrong with them—the disease to be treated with that medication. Extrapolating to older people, whose bodies handle drugs differently from their younger counterparts, who have multiple illnesses, and who may have a limited life expectancy, is perilous. Prescribing many medications for the elderly can be an excellent way to treat their diseases—but it might be a trick. 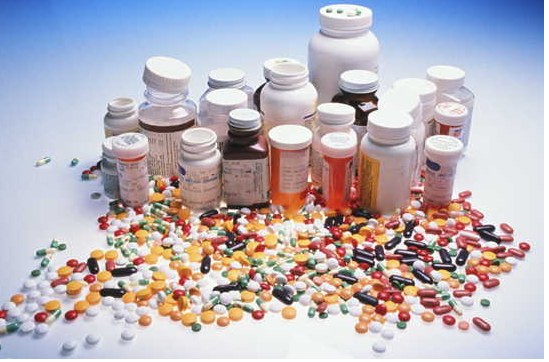 You are right that many families do not understand that dementia is a fatal illness and that advanced dementia is the final stage of the disease. My interest in this post was in pointing out that the need to consider limiting medications extends to many older patients, not those who are dying, whether of dementia or some other illness.

Oh, I quite agree. I chose dementia simply because it's such a glaring example of uselessly medicating folks. Many MDs are reluctant to even stop the dementia meds.